Getting Your Truck Loader Ready for the Fall 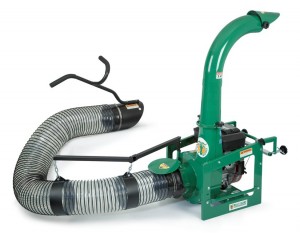 Your Billy Goat debris loader may have seen some occasional use picking up grass clippings, but most owners don’t really put their equipment to work until the start of fall. Here’s what you need to know to get your loader up and running for the leaf season.

Billy Goat’s debris loaders are not balanced in a way that lets them operate while free standing. The loader needs to be mounted onto a skid plate, hung from a tailgate or attached to a trailer or hitch mount before the engine is started.

Fuel should be used within one month of purchase, or within three months of purchase after being treated with a stabilizer. If there is still old fuel inside the tank or carburetor, it should be drained according to the manufacturer’s directions.

The oil should be changed before putting the engine in storage. If you don’t know if it was changed, it’s a good idea to do so now to protect the engine from oil degradation. If you know the oil is fresh, the level should be checked to ensure there haven’t been any leaks. Honda engines come equipped with the company’s Oil Alert system, which will cut power to the ignition if the oil level is too low.

Some manufacturers recommend adding a small amount of oil to the inside of the combustion chamber before storage. It’s normal for the engine to smoke a little while after it’s first started as this oil is burnt off.

Electric start models come equipped with a small battery. Any corrosion on the battery terminals should be cleaned off with a wire brush, and the strap securing the battery to the tray should be checked for tightness. When measured with a multimeter, the terminals of the battery should read between 12 and 13.2 volts.

Billy Goat recommends using a trickle charger if the loader will be used for less than 45 minutes between starts; a dead or low charge battery can’t be recharged by the engine after starting it with the recoil starter. If the battery is low and needs a full recharge, the charge output should be limited to a maximum of two amps.

If the battery needs to be replaced, mount it in the tray so that the positive terminal is on the side closest to the impeller housing.

The hose should be stored by disconnecting it from the loader and laying it out flat. If it wasn’t, kinks may have developed that will keep the hose from moving smoothly or from sealing around the impeller opening. If this has happened or you find holes in the hose, it should be replaced.

Before attaching the hose, disconnect the wires from the spark plugs to prevent an accidental start and inspect the impeller and remove any debris still left inside. Even if the housing was cleaned before being stored, there’s always a chance that squirrels and other small animals have left behind nut shells and other debris that could clog the housing.

The hose should be stretched out before clamping it onto the impeller opening with the hose band. When clamping, make sure the coupler goes over the lever that controls the interlock switch, located at the top of the intake opening. Once attached, line up the boom with the hose and attach the hose band over the hose at its natural resting point.

During the season, the hose should be occasionally remounted in a new position. This helps spread wear across the entire hose, increasing its life span.

The direction and distance debris is ejected from the loader is controlled by the position of the exhaust elbow. When mounting the loader onto a truck or trailer, this elbow should be positioned so that it deposits debris toward the back of the cargo area. Never stand below the exhaust elbow when adjusting the angle: it may be a hollow tube, but it’s very heavy. If you plan on moving the loader between vehicles or trailers through the season, it’s a good idea to install a swiveling chute or an exhaust hose so that the direction of the debris can be changed to work with the loader’s current location.

Need a new hose or want to add an extension to your loader’s chute? Billygoatparts.com is a certified dealer for Billy Goat as well as Briggs & Stratton, Honda and Subaru, so we carry everything you need to get your equipment ready for the season. Finding the right parts is easy thanks to an advanced search engine with built-in factory diagrams, and we can ship those parts to any address in the U.S. and Canada.