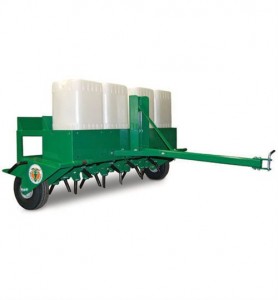 Aerating is a normal part of lawn care, but its use isn’t as clear for pastures. Mature grass, varying vehicle traffic and an emphasis on yields over appearance change the rate of compaction and the best strategies to deal with it. How do you know when your pasture should be aerated, and what problems can be mistaken for compacted soil?

Do I Need to Aerate?

In most cases, probably not. Lawns need frequent aeration because they’re often subject to heavy foot and vehicle traffic. Couple this with grass that has shallow roots and new growth from overseeding, and it doesn’t take much surface compaction to cause issues.

Pasture can also experience compaction from heavy vehicle traffic and cattle trampling. This creates a hardpan at the surface of the soil. However, long-established pasture grasses will have root systems that extend past this area and will be mostly unaffected. Compaction resistance varies between grass varieties, but Bahiagrass stands out for being nearly impervious to surface compaction. Remember that unlike a lawn, these grasses may have had decades to establish root systems. Aerating any pasture will cause a brief increase in growth by redistributing soil nutrients, but total yields may be lower than normal if compaction wasn’t an issue.

How can you tell if you have compacted soil? Results from penetrometers can vary significantly based on soil moisture, so it’s better to look for signs that the roots aren’t penetrating the soil and for soil conditions that can lead to compaction, particularly heavy clay soil.

Do I Have Clay Soil?

Unlike climate, soil makeup varies widely across the country. While you may be able to find your land on a soil map, you can be sure of your soil’s makeup by testing it directly.

The simplest test is to simply dig up some dry soil, wet it, and squeeze it in your hand. Lift up one end of the soil ball. If it stays together, it’s clay soil. If it crumbles, it’s sandy soil.

To get more information on soil composition, get a quart-size mason jar and add a half cup of dry soil and a tablespoon of salt. Add water until the jar is about two-thirds full, screw on the lid, and shake it for a minute or two. Let the jar sit overnight.

The soil should separate into three distinct layers: the bottom is sand, the middle is silt, and the top is clay. By measuring each layer, you can estimate the proportion of clay in your soil. If over half of the soil is clay, you have heavy clay soil.

Why does the soil settle this way? It has to do with weight: sand has the largest particles, while clay has the smallest. The smaller the particle size, the easier it is for the soil to collapse on itself, leading to compaction and drainage problems.

Problems that are Mistaken for Compaction

If your pasture has sandy soil, poor drainage is usually the result of two causes:

Dry summer weather can lead to soil aggregation. The soil is still permeable, but it’s hard because it’s dry. This problem should go away with rain or irrigation.

Thatch buildup can keep water from reaching the soil, causing the same issues as compacted soil. In extreme cases, roots can grow into the thatch, making the grass weaker and more susceptible to problems with hardpan.

Using a towable AET Series trailer is a lot like using a walk-behind aerator: the ground needs to be moist for the best performance, and it takes two passes in opposing directions to get maximum relief.

Have a unit with swiveling tines? Keep the tine stars locked once the trailer is lined up for a pass, then unlock the tines when it’s time to turn. If the tines are fixed, lift them out of the ground before turning. Otherwise, the tines will tear through the soil as they’re forced to spin faster than they need to match the ground speed.

Billygoatparts.com is a Billy Goat dealer, so we’re able to offer replacement parts for anything on their equipment from tines to major components. Our site can show you parts that fit your specific model along with factory parts diagrams and descriptions, making it easy to find exactly what you need. We ship across the US and Canada.